How to Select the Right 5 Gallon Water Dispenser

There are literally hundreds of suppliers for water dispensers world wide and even more designs to choose from. What should you look for when selecting the appropriate dispenser to represent your brand? Cost of course is a leading factor, but shoddy quality can depreciate your brands value.

Our latest model of 5 Gallon (20 Liter) water dispenser and cooler/heater features up to date safety mechanisms, high quality electrical components and fittings, and also a unique and elegant design. 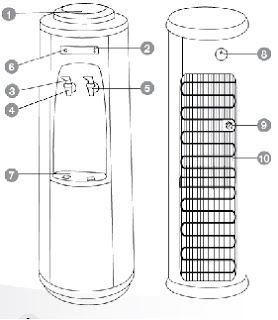 The PAE-20L Water Dispenser also features specially treated Stainless Steel and plastic parts to resist finger prints. The water holding tanks are fashioned from stretch molded plates rather than welded metal which usually results in leaks after 1 year of use. To know more about this model and other models of our water dispensers email us info@panasia-exports.com

Posted by Jugesh at 8:03 PM No comments:

China is set to host the largest exhibition of this kind in Asia between the 29th of November - 2nd October 2011 in Shanghai. LABELEXPO is expected to attract over 16,000 visitors this year and will feature suppliers of raw material for manufacturing film, printers, and packaging machines. If this event is anything like previous exhibitions hosted in China, we can expect a very large range of suppliers not only from China but Internationally as well. China's local market is booming and international companies are scrambling to get their machinery into the Chinese plants. At PAE we are looking forward to meeting old partners at the exhibition and hopefully meeting new suppliers to work with.

"The label world is in perpetual motion, driven by innovation and a need for excellence. Rapid changes in the retail sector as well as printing technology have created possibilities that were unthinkable only a few years ago.
There is no better place to see this in action than Labelexpo Asia 2011, where machinery and materials combine to demonstrate the exciting opportunities that exist in our industry.
Come to the largest label event in Asia and see for yourself how you can grow your label printing business, beat your competitors and increase your profits.
Now is the time. This is the place."
Source: LABELEXPO Asia 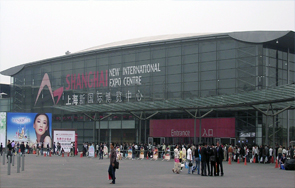 Posted by PAT - Manufacturing Solutions at 10:07 PM No comments:

How It's Made: Plastic Crates (PAE-520T Injection Machine)

We recently set up a line to manufacture HDPE plastic crates for a client of our in West Africa. Due to the extremely high cost of machinery from Europe and the difficult maintenance issues, many beverage packagers in the region have no choice but to outsource finished products at exorbitant prices. Our machine is not only cost effective, but easy to operate and maintain. We offer our clients these ease to manufacture their own consumables like crates, closures, handles, preforms, and other plastic products in-house. The moulds are also easily interchangeable for HDPE and PET products.

Check out the video below to see how plastic crates are made from raw material to finished product. Our PAE-520T Injection Machine features low noise, quick response, high stability, high water saving, and high power saving. For more information about how we can save you time and money on your upcoming projects, please email info@panasia-exports.com 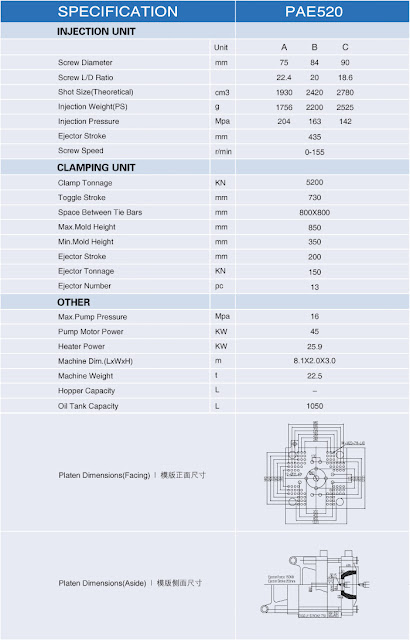 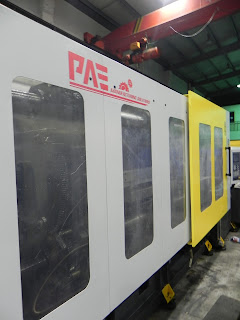 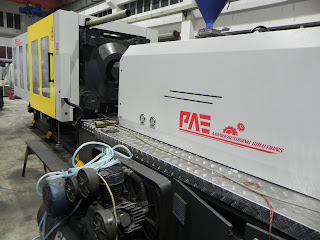 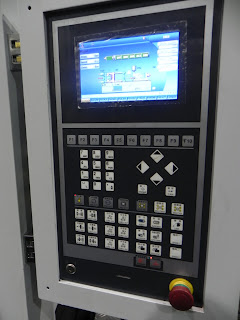 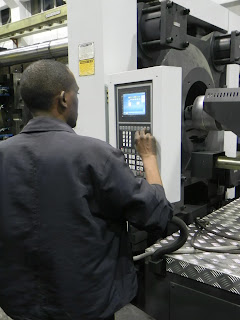 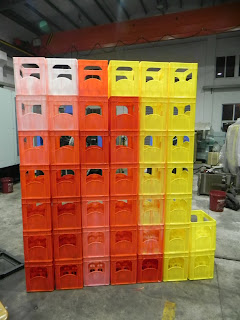 Posted by PAT - Manufacturing Solutions at 7:07 PM No comments:

UK based company GreenBottle is set to launch its latest invention, the PAPER BOTTLE as early as 2012. Experts say the introduction of the new PAPER BOTTLE could revolutionize the beverage packaging industry worldwide by slashing its carbon footprint. Big claims but we have set to see the packaging massed produced for industrial consumption.

Martin Myerscough’s invention could help rid the planet of an estimated 30 billion plastic bottles and billions more glass ones that are produced every year – 6.5 million of them in the UK alone.


GreenBottles use less than a third of the plastic of conventional milk bottles, with a much lower carbon footprint. The paper bottle itself is compostable, can be recycled several times and decomposes in just a matter of weeks.
The packaging is made of paper with a thin plastic lining and was the brainchild of Suffolk inventor Martin Myerscough following a chance conversation with a waste tip supervisor worried about the growing and seemingly insoluble problem of plastic bottle waste.
The company, based in Woodbridge in Suffolk, is now close to unveiling new packaging technology it has developed to create even greener and cheaper GreenBottles.
This machinery is truly innovative and totally proprietary to GreenBottle.  It will enable the paper bottle technology to be produced in industrial quantities, and cost effectively versus existing packaging.


Read the full article @Business Weekly.
Posted by PAT - Manufacturing Solutions at 12:34 AM No comments:

Plastic additives headed for a ‘breakdown'?

Plastic additives headed for a ‘breakdown'?: “What we have here is a failure to communicate.” That famous ...
Posted by PAT - Manufacturing Solutions at 8:22 PM No comments:

Do You Have a Google+ Business Profile

"If businesses can contain themselves for just a few more months, they’ll have much better Google+ tools than the ones that currently exist.
In fact, Google will be unveiling specially tweaked profiles with analytics and more sophisticated sharing options, all coming during (or shortly after) Q3 2011.
Businesses that don’t have the patience to wait for those features and instead jump into Google+ with a personal account will suffer a rather painful consequence; they won’t be able to migrate that personal accounts to a business profile. Google isn’t building a migration tool, and it says switching accounts manually could get messy."
Read the rest of the article here: Venture Beat

Having accoutns with both Facebook and Google with business profiles, I am excited to see what tools will be offered by both companies to improve our online marketing. So far Google has the edge with a direct tie to their own search engine. But will Facebook start to function as a search engine of its own? That would be pretty handy. Getting in early will only keep you ahead of the game, so get on board I figure.
Posted by PAT - Manufacturing Solutions at 1:06 AM No comments:

Will China Dominate Global Packaging by 2012

China targets world domination in global packaging
China is aiming to be the biggest packaging producer in the world by 2012, according to a recent study.

Posted by PAT - Manufacturing Solutions at 10:35 PM No comments:

Inverter drives applied to a dehumidifying dryer and a mold chiller system have enabled energy savings of up to 75% and 57%, respectively, according to supplier Matsui MFG., Co. (Osaka, Japan).


These savings were put into perspective at the Fanuc (At the Foot of Mt. Fuji, Japan) stand at the recent IPF show in Japan, where real-time monitoring of energy consumption at its stand revealed that peripheral machinery, including mold temperature controllers, dryers and robots, consumed close to double the energy of the servomotors on its all-electric injection molding machines. 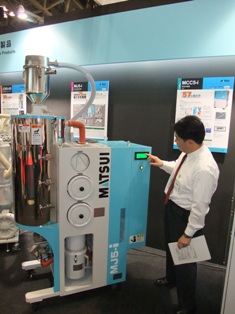